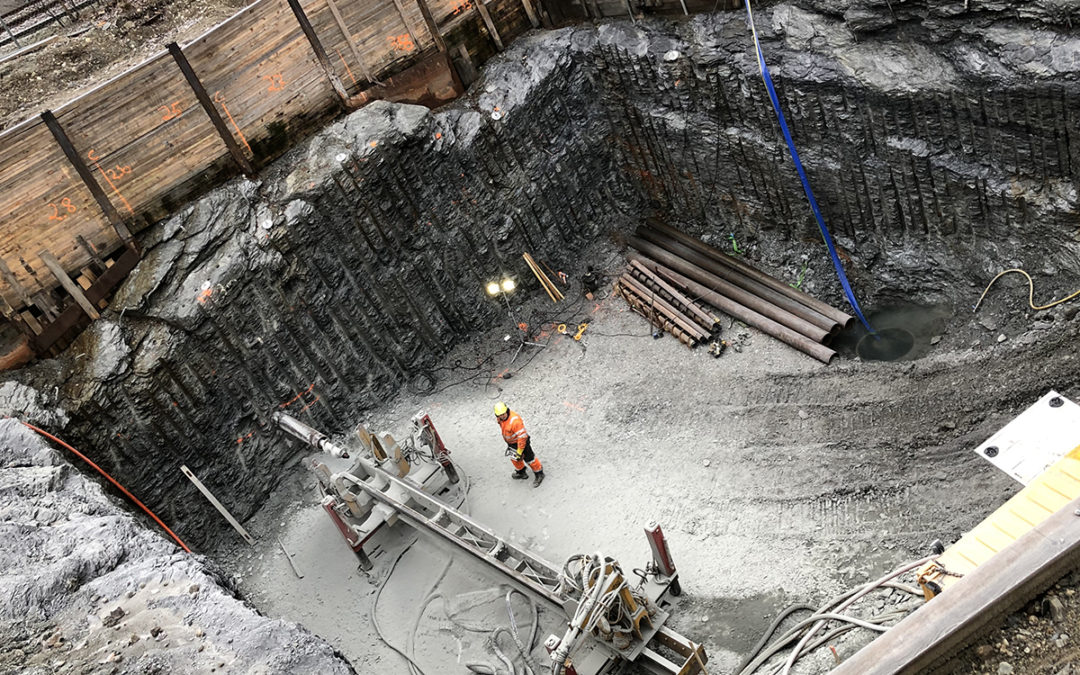 Over the last decade, Norway has made large investments in environmental district heating. Previously, Norway had access to very cheap electricity based on hydropower but the past 10 years’ increasing electricity prices and growing urbanization have made district heating very competitive on the Norwegian market.

At the moment, Stavanger is actually the only big city in Norway without district heating. However, this will change in 2021 when a major district heating project, which comprises a piping network from Jåttavågen to Stavanger, is expected to be concluded.

The decision to provide Stavanger with district heating was taken back in 2012; the next four years were spent obtaining financial support to the project, about NOK 100 million. In December 2016 the funding was in place, and the project’s 9 km stretch over 20 stages could finally begin.

District heating has to cross the fell in Hinna

isoplus is in charge of the entire pipe supplies to the project and, especially the work at Hinna, a suburb of Stavanger, has been remarkable. Here, we had to drill through a developed mountain area to connect Hinna’s district heating system with the existing system. Not only did we have to drill through a developed part of the fell, we also had to consider a railway service and all the issues and restrictions that come with that.

We decided to use single pipes DN250 series 2 for the stage in Henna because large parts of the trace were located in bore holes in the mountains, and the size of these bore holes was restricted. All pipes placed in bore holes are equipped with guide shoes. isoplus had fitted most of them before the parts were shipped to Norway. We choose welding joints with a heat-shrinkable joint in order to provide extra safe joints based on two well-tried and reliable jointing techniques.

In order to obtain maximal protection in spite of difficult access conditions, all pipes are provided with four alarm wires, once the installation will be finished. This ensures permanent surveillance of the pipe system and a long lifetime.

Working in the mountains brings many challenges

The huge differences in levels in the fells, the large temperature variations and the fact that the pipes must be installed below sea level caused many challenges, which have required extraordinary technical support and consultancy by isoplus.

One of the major challenges was a branch line which had to be installed 10 metres below the earth’s surface in a place causing much movement in the pipes and a considerable risk of seawater ingress from the nearby fjord. Thanks to qualified technical consultancy by isoplus, the solution was to install a vertical branch line in a Ø1600 concrete cone chamber. The concrete cone chamber helps ensure free movement of the branch, which is now five metres below sea level.

These innovative solutions would not have been possible without the fantastic cooperation of Lyse Neo (piping owner), Pro-Pipe (contractor), Cowi (consultant), and isoplus (pipe supplier).

Area manager Henrik Siegenfeldt and technical consultant Anders Fløe Brandstrup from isoplus have both visited Stavanger in order to find the proper solutions for this particular project and to ensure a good cooperation with the many parties involved in the project.